Compound interest has been dubbed the "eighth wonder of the world." Benjamin Franklin held a similar fascination with compound interest, using it to create endowments for the cities of Boston and Philadelphia that are still paying out. What is it about compound interest that drew the attention of these geniuses, and what separates it from other forms of interest? 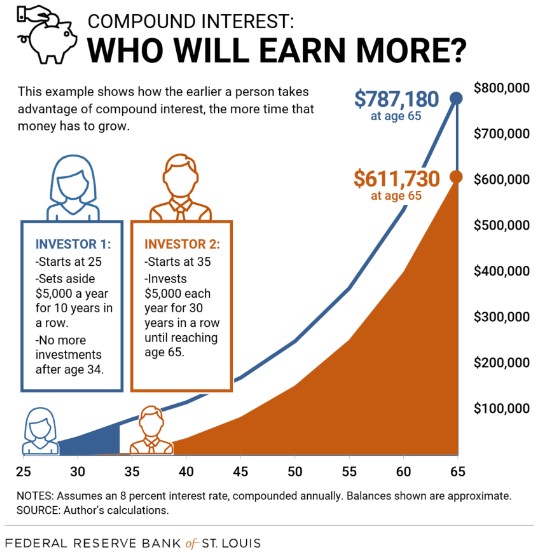 While that's great for your savings or checking account, compound interest can be a disadvantage. One example of this is credit card debt. For borrowers, interest is being calculated on your unpaid balance, plus on previous interest charges left unpaid. This is how credit card debt can balloon if left unchecked.3 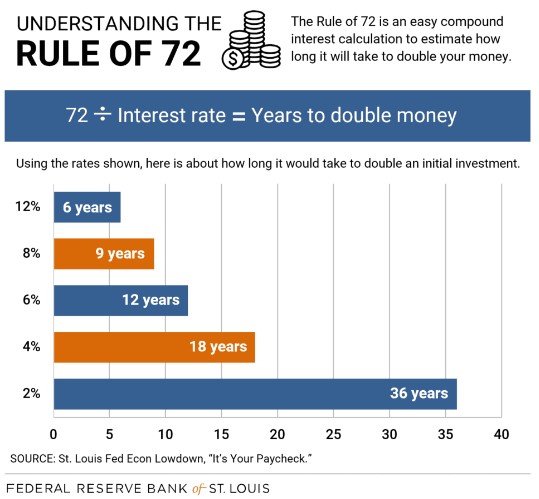 You can use the Rule of 72 to approximate how much an amount would grow over a time period. Let’s say you wanted to set aside $5,000.  How long will it take to double your money at 2% interest?

While there are many advantages when compound interest is calculated in your favor, it's also important to remember that not every investment opportunity will provide this option. For this reason, it's important to keep your eye out for these opportunities when they arise.

This content is developed from sources believed to be providing accurate information. It may not be used for the purpose of avoiding any federal tax penalties. Please consult legal or tax professionals for specific information regarding your individual situation. The opinions expressed and material provided are for general information, and should not be considered a solicitation for the purchase or sale of any security.